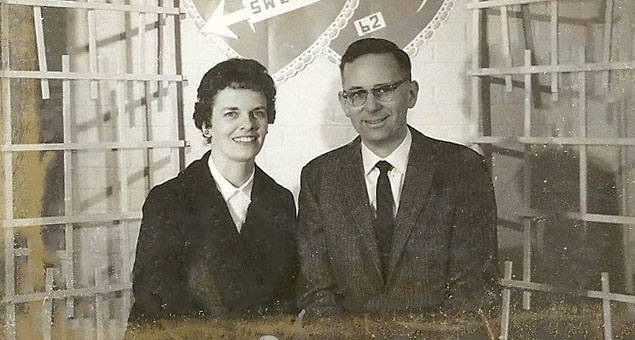 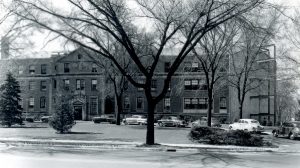 Lois Van Dahm trained in the second nursing class ever held at Grand Rapids Junior College. She graduated in 1949, but at the time, licensure for practical nurses was not available. Later she pursued and received her license in nursing. Lois’s first job was at Blodgett Memorial Medical Center (now Spectrum Health) in Grand Rapids. She worked in the polio ward. In time, Lois looked for another placement and was hired by Rena Boven, Director of Nursing at Holland Hospital. In the 1950s, she worked in medical-surgery, pediatrics and the newborn nursery.

Lois recalls many patients from her time in pediatrics. Occasionally, a child would be hospitalized for a long period of time and she would become very attached to him/her. One little girl in particular had been injured in a lawnmower accident and was in traction for an interminable time. Lois bought her a blue Swiss dress and washed her hair to cheer her up; one of Lois’s many compassionate gestures. There were three other children Lois remembered distinctly; one admitted for very questionable signs of physical abuse, another who was burned by a sparkler igniting her clothes at a July 4 event and a third little boy who was highly resentful for having his blue jeans removed prior to surgery!

Over the years, Lois has seen quite a lot of change in the medical field. She recalled how nurses used to take the patient’s temperature. They would go from bed to bed shaking mercury thermometers to the proper level. Now everything is digital.
Another significant change is the privacy of patient rooms. Private and semi-private rooms used to be at a premium, so wards were not uncommon, with several patients occupying one room, their beds separated by curtains. When rooms were full, it was common to have patients bedded in the hall. 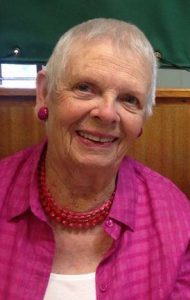 Surgery has also advanced considerably. Lois explained how eye care following cataract surgery used to require the patient to keep his/her head in a perfectly prone position. To ensure that this was done properly, a small heavy sand bag was placed on each side of the head. In contrast to today, you might meet someone at the mall within hours of an eye procedure. Employee relationships have also evolved. As a nurse, Lois recalled no matter how busy she was, at the time a physician appeared, the nurse was obliged to stand. Now, there is an increased common respect among the medical team.

Lois’s favorite physician story was when she was asked to assist with a spinal tap for a small child. Her task was to hold the child in a permanent position for this very painful and unpleasant procedure. What made it memorable was the fact that it was an extremely hot day and Holland Hospital was not air conditioned. The windows were open but only stifling hot air came in. Perspiration was streaming from Lois as well as the physician performing the procedure, and the child was as slippery as an eel. Later that evening, the physician came to the hospital looking for Lois. After obviously having received the results of the spinal tap, he said somewhat apologetically, “I hope you’ve had chicken pox.”