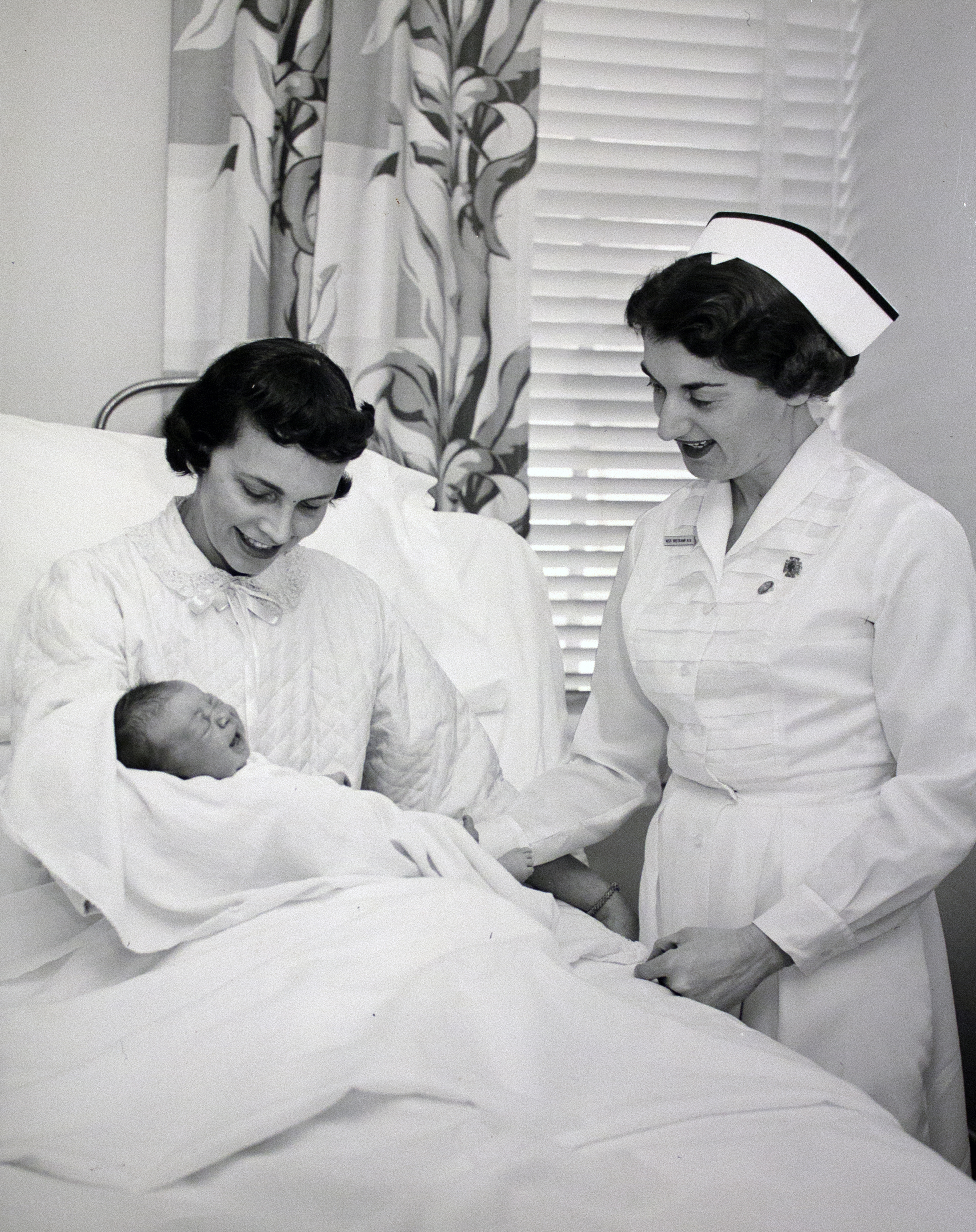 Doris Van Eck graduated from high school in 1945 with an interest in medicine and the care of people. She decided to attend nursing school at Hackley Hospital in Muskegon and graduated in 1949. She was then awarded a scholarship to further her education for six months at the University of Chicago Lying-In Hospital. Her experience there sparked an interest in obstetrics. The miracle of new life fascinated her and it seemed like a happy place to work.

Returning to Holland Hospital, she worked in the Medical/Surgery and Obstetrics (OB) units. From 1953 to 1957, she was the OB supervisor. The OB department was located on the second floor of the original building. There were three OB wards with four beds each. Doris remembers it being overcrowded many times and having to add a fifth bed or even having to put patients in the hallway for a little while! The labor and delivery rooms were on separate floors and she recalled several times when babies were born in the elevator on the way to the delivery room.

In contrast to today’s technology, Doris explained how there used to be no monitors to assess the progress of labor. Nurses used fetal scopes and needed to be aware of the different stages of labor by observing the patient. It was the person who diagnosed the patient, rather than the computer.

During Doris’ time at Holland Hospital, she pioneered an expectant mother’s class for new moms. It was based on a similar course she had taken in Chicago. The class was such a success that Doris also began teaching relaxation, labor breathing and new fathers courses. Doris enjoyed teaching because it allowed her to get to know her patients before she saw them in the labor and delivery rooms.

Doris was married in 1957, and in 1959 she had to say goodbye to nursing full-time to care for their two boys. Once her children got a little older, she was able to return part-time. She and her husband lived in Kalamazoo for over 20 years and returned to Holland in 1994.
Now, she volunteers on Friday mornings in outpatient surgery to continue serving the hospital. Doris is a welcoming face at the admissions desk where she takes patients to their rooms and ensures that families are cared for and kept informed. She has always enjoyed the camaraderie of her staff and co-workers.

When Doris reflects on how Holland Hospital has impacted the community, she is overwhelmed by the change. There are more doctors and specialists. The facilities are more beautiful and more accommodating, too. With new technology and expansions, more people can be served in Holland. Modern medicine has made patient care safer and more precise. There is a greater capacity to monitor patients; which she thinks is the biggest improvement.

To new nurses, Doris’ advice is to work with your heart. Nursing can be challenging and exhausting, but a most rewarding profession.